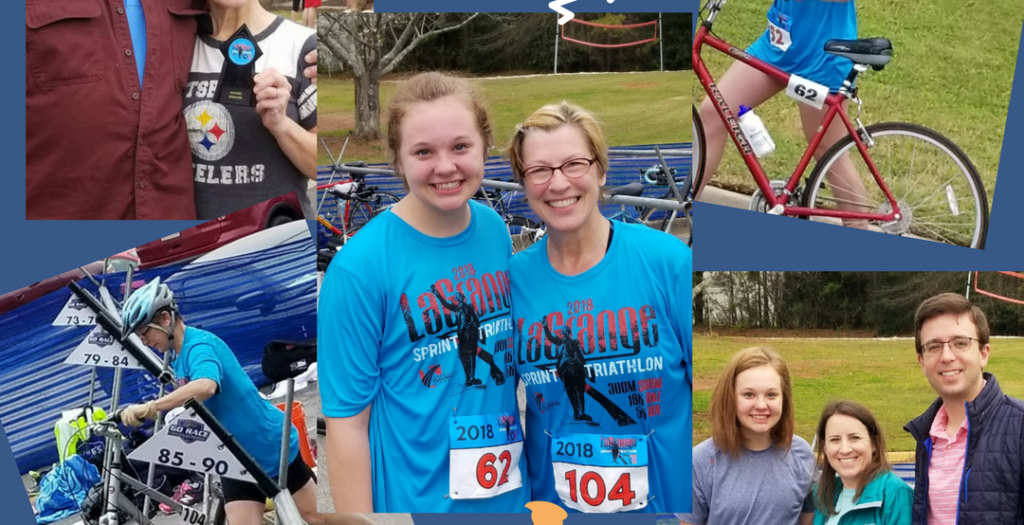 One of the girl’s home residents, Leighanne, and I finished a triathlon on March 17, 2018 in Lagrange, GA. What a thrill! We felt overwhelmingly powerful! We asked, “Okay God, what’s next? We did not begin with those exhilarating feelings and lofty thoughts.

It all began last November while I was searching for a 5K race for the girls to run in 2018. There it was, listed with the races, “Triathlon.” Hum… is God nudging me? I was inspired but knew I did not want to do this alone. I asked Bill, my husband, if he would train with me. Bill said “Of course!” The decision was made. It was time to get my head in the game. Bill registered us for the race.

Fast forward to mid-January, Bill announced that I was registered and he was not. He did not believe he would be able to finish. Wow! A different beginning! Another decision had to be made. Did I believe I could do this alone?

On a Sunday evening return from a weekend home Leighanne announced that she had spoken with her parents and she was all in for the race! Yea! A buddy!

We began training which included swimming, cycling and jogging at the YMCA. We worked on calisthenics at home and running outdoors when weather permitted, which was a rarity. We had taken action and began to believe we could actually finish the triathlon. We encouraged each other and continually recommitted ourselves to the task we had put in front of ourselves.

Personal discipline… when is this ever an exciting concept? Leighanne and I had too much pride to scoff at the concept of personal discipline. I remember the day when we both arrived at the same conclusion. Leighanne stated it first. “No more sweets until after the race.” Ugh! We were faced with another decision, commitment and beginning. All of you understand what that means! No more desserts, no more treats, and no more hot cocoa on cold mornings or nights, and we had more cold mornings than any of us wanted!

We had to believe we could do this. Just two days before the race neither of us felt ready. The weather forecast was, to us, unbearable! Thunderstorms all day! I was researching how to manage in the race during a downpour. We also doubted ourselves. We honestly wondered how far behind the other athletes our finish would be.

Up to this point I had imagined a beautifully scripted outcome. Leighanne being younger and stronger would be ahead of me in the swimming and biking portions of the race. I, having slightly more endurance, would catch up to her during the run portion. We would clasp hands just before the finish line and charge across to much applause and rejoicing.

Starting the run portion Jess, Leighanne’s mom, let me know she had a 7 minute lead on me. I then settled on my second favorite scenario… winning first place in my age division. After all, how many ladies my age would be this crazy?

Finish, we did! There was applause and rejoicing! I was just glad that Jess was there on the other side of the finish line to hold me up. Bill quickly joined us as I was about to topple Jess and he quickly supported me with his strong tender arms. What a gift.

Leighanne and I had become triathletes!

I can’t speak for Leighanne, but I was deeply reminded of my race before my God.

I had to Begin. I had to choose to be around Christ Followers, read the scriptures others referred to me and pray daily.

I had to Believe. One evening all those actions allowed the scales to fall from my eyes to behold the glory of God and my utter sinfulness. I had a decision to make, an action to take. To believe all the things I had read and the witness of my friends. I had to make a commitment, a choice and I choose God.

I had to Become. I had to change my lifestyle. Make new decisions. Take new actions. Make new commitments. I want to finish the race set before me. I want the crown. I want to hear “Well done, enter into the joy of your King.”

The exhilarating feelings and lofty thoughts of my race before God cannot be contained. Jesus Christ is my strength and I can lean on Him and not topple Him.

As you travel in your personal journey, become all that God created in you to be. I am confident that you too will hear those tender words of our Father, “well done, enter into the joy of your King.” 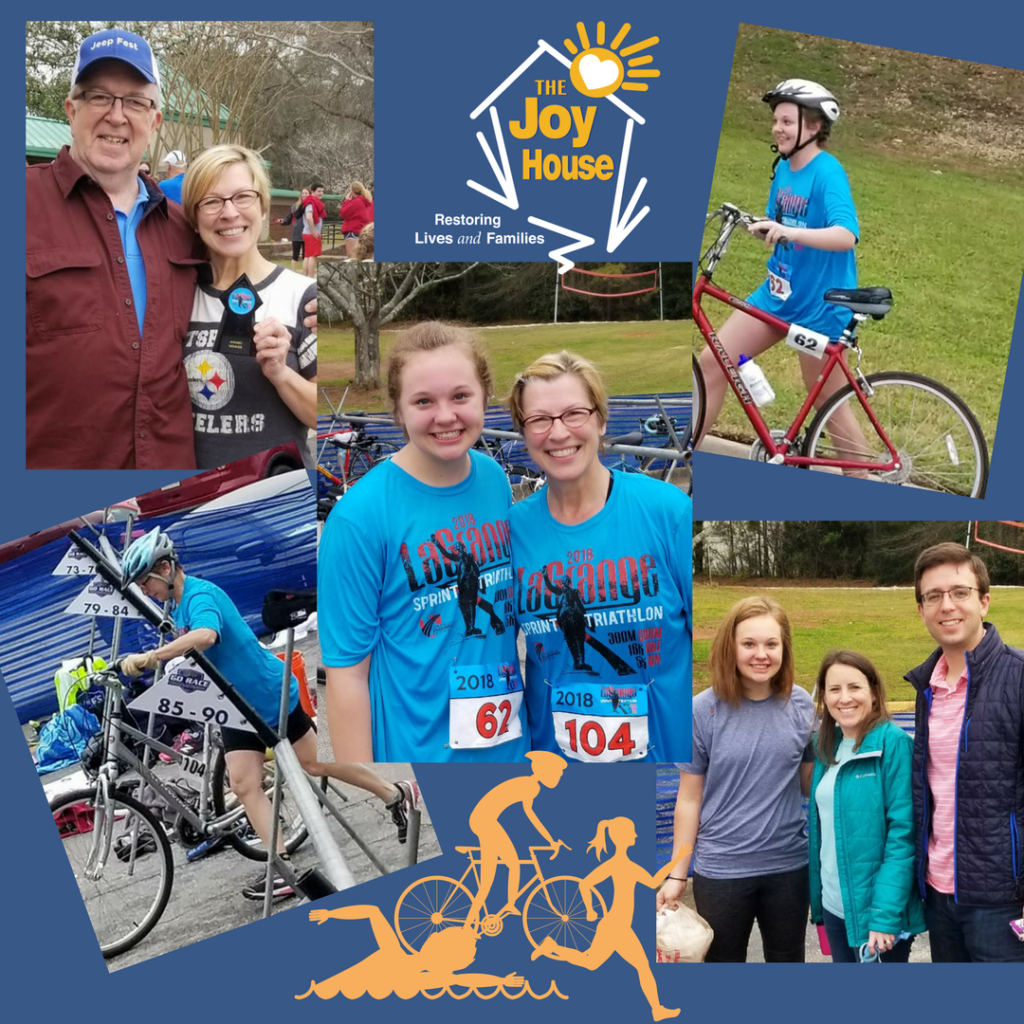 Jane Sherry and her husband Bill became our Girl’s Home Houseparents at The Joy House in 2017. Jane grew up in the Catholic faith.  She chose to trust Jesus Christ as her Lord and Savior at the age of 15 while at a Young Life Camp. Jane’s life verse is Ephesians 2:10 “For we are God’s workmanship, created in Christ Jesus to do good works, which God prepared in advance for us to do.”