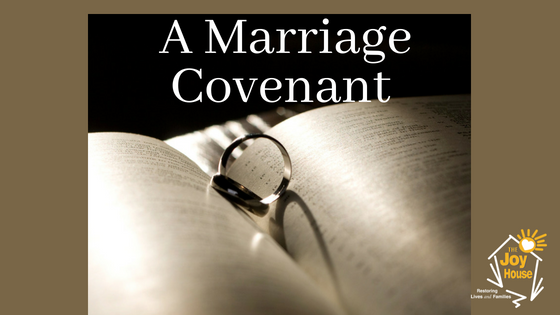 Biblical marriage is too often misunderstood.

Here are some things about marriage which GOD DID NOT SAY:

These falsehoods frame so many of the complaints in the counseling office when marriages aren’t working. In the worst of cases, either husband, or wife, or both, consider themselves as victims of the other. They say, “If they would just change/do/say/be … then things would be better/fine/good.” After all, God has made it clear how marriage is supposed to work (see above).

What exactly did God actually say about marriage? Be advised, the Bible has much to say on this and libraries have been filled with applications and commentaries. Enjoy! But there is a critical foundation to be laid.

One must first ask, “Why Eve?”

Eve was “created” to be a helper but not just any helper. She was to be a “suitable”, “just right” helper.   But the question is not what Eve was to be. Rather, the question was why? And here is God’s reason (Genesis 2:18):  “It is not good for the man to be alone.”

First God had Adam catalogued the creatures that had been made from the ground. None were suitable. So, God put Adam to sleep and took a rib which he fashioned into this suitable helper. Technically, Eve was not created, she was fashioned out of Adam. Immediately upon awakening, Adam saw Eve as bone of his bone and flesh of his flesh, so he called her woman. It was prophesied that from then and for all time, man and woman will come together and live apart as one.

Adam and Eve shared everything – the same flesh and bone and the same life that God had breathed into Adam. Eve is God’s answer to the man’s deepest existential aloneness and it was reciprocal. Looking for help/companionship in someone other than one’s spouse is of little use. The first and essential calling for husbands and wives is to answer the aloneness in their spouse.

The second element in the foundation is the idea of “union.” Mankind is social by nature. Aloneness is not a small matter! Some actually suggest that existing alone is the beginning of every challenge known to man. Consider the consequences and corollaries of aloneness:  rejection, isolation and anti-social behavior; compassion, empathy and even love lose all reference; one’s meaning, purpose and worth are all mediated through one’s deepest connections with others, including and starting with God and one’s spouse. One’s connection to God and to spouse is referred to as “union.” Unions are not relationships.  A relationship defines the location of one thing separate from another. A union identifies an other with whom one shares a location. It takes union to deal with aloneness. Mere relationships cannot.

The third part of this foundation is the word “helper.” Note that the Hebrew word for helper does not mean servant, slave or worker. In the Old Testament, it always refers to one who comes to the aid of another, often a leader, to provide a shield, deliverance or defense. The connotations are of military assistance which may come from great distance and after great hardship. Helper means one who comes to the aid of the other when the other is faltering. The most significant part of this word study is that it never means anything else! This help is given, not required and can only be thwarted by the shame and disgrace of rejecting the one in need. One comes to help because it is the right thing to do.

It is not good to be alone. Husbands and wives are to be so intimate and so integrated that only they can minister freely the help God intends when they falter before life’s challenges. There is no lonelier place than a marriage without a suitable helper.

The problem is, as always, one’s sinful, selfish, self-serving nature. People say and do things which alienate and separate, leaving them alone. That is the problem with the law without grace:  under the law one is on their own before God to satisfy His expectations but under Grace, God can come to the rescue (help). We need not be spiritually alone.

The New Testament discussion is about how Grace functions within marriage. There is much more on this in that library, but the foundations are laid. In brief summary, there are gender differences and personalities to factor in and there are roles to be played out in culture and family but neither spouse works for the other. Each chooses to come to the aid of the other. Both are called to seek Jesus first.

Perhaps this will help. Here are some things God did say about marriage:

These are, of course, the Fruit of the Spirit from Galatians 5. They are the indicators of God’s leadership in everything He does, including “helping” in marriage. The traditional marriage vows are an eloquent expression of these.  Herein lays the rescue, support and defenses to assuage our intrinsic aloneness.

Perhaps it serves to consider the contraries in marriage:

If your marriage is unhappy, each must consider it their own fault! Look to yourselves first. Both must choose to humble themselves before God, become their spouse’s suitable helper and live in the Spirit of God. Life is full of trouble and blessing worthy of petition and thanksgiving. It is no good to meet it alone.

Bill Wattenbarger joined the Joy House team in May of 2015 to work in the Counseling Center. He provides biblical, Christian and pastoral counseling services to those who are hurting, confused or overwhelmed. He earned a Master’s Degree from the University of Florida and a Doctoral degree in Counseling from the University of Georgia. The Joy House Counseling Center exists for the purpose of providing a faith-based option for residents of the Highway 575/ 515 corridor who seek guidance with life’s problems. We have locations in Pickens, Gilmer and Cherokee Counties with fees based on income and ability to pay. We offer counseling to all ages, from 7 to 70, with professional services to a wide variety of individuals, families and their needs. Contact our Counseling Center via phone at 678-452-2037 for more information.