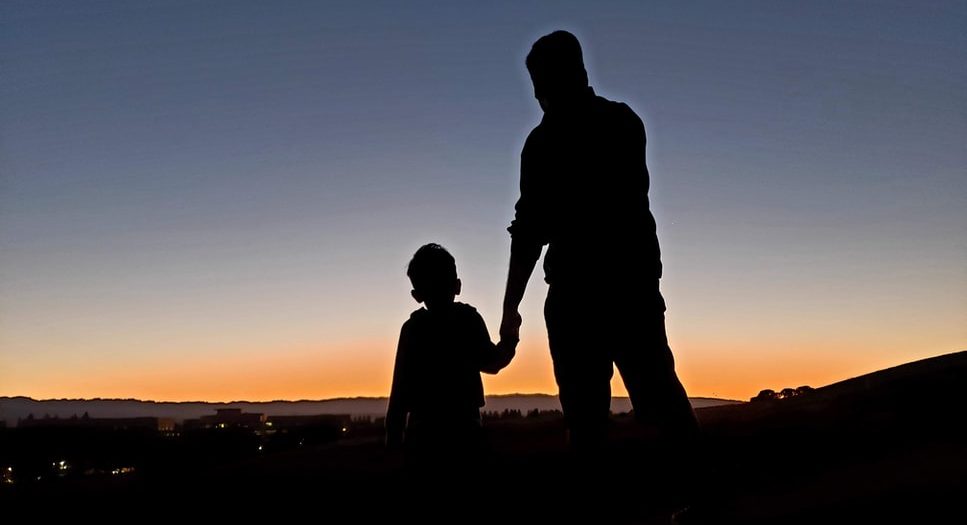 The hurting and broken are all around us. Through youth ministry for the last 25+ years I’ve witnessed the damaging consequences of a broken family and children growing up without the love of a father or mother, or in some cases both. My heart goes out to single moms who are valiantly raising their children, but the father is absent. This also makes me realize how important it is for families to stay together. We as the body of Christ are the answer, but do we see it?

One of the richest Bible studies I’ve done is going through the life of David. In thinking about these things the Lord brought to mind a small but significant story from David’s life. You can find it recorded in 2 Samuel 9. This is a time in David’s life when God has fulfilled so many of his promises to him. The kingdom is secure and Israel is thriving with their enemies having been subdued. David has time to reflect and he remembers the promise he made to his great friend, Jonathan, Saul’s son. In their love and friendship to one another he had vowed to show loving kindness to his family when David became king. Here we get a great glimpse of David’s godly heart; it was natural when a new king took over to kill any heirs to the throne of the previous king, but not so with David. As he now reflects he asks this question, “Is there still anyone left of the house of Saul, that I may show him kindness for Jonathan’s sake?”

David goes on a search and he discovers the steward of Saul’s household, Ziba, is aware of a son of Jonathan’s still alive. Ziba says, “There is still a son of Jonathan; he is crippled in his feet.” Can you hear it, King David there is a son but he is crippled in both feet. He is nobody. His name is Miphibosheth, which means “from the mouth of shame.” He became crippled at 5 years old when his nursemaid fled with him at the news of the death of his father and grandfather in battle, Jonathan and Saul (2 Samuel 4:4). His nursemaid was fleeing with him out of fear for his life as a new king would take the throne. We find him now probably in his early 20’s, he has been hiding in his shame and fear of the King as far away from the court in Jerusalem  as he can be. He is in a place called Lo Debar, which means “no pasture”, a barren place. But now David’s messengers come searching for him.

Can you imagine what he thought when the King’s messengers showed up at his home? My life is over, he has finally found me. I bet he kissed his wife and son goodbye never thinking he would see them again. When he is taken into King David’s presence he falls on his face to pay homage. He is expecting the sword, but listen to David’s words:

“Do not fear, for I will show you kindness for the sake of your father Jonathan, and I will restore to you all the land of Saul your father, and you shall eat at my table always. “

I can imagine Miphibosheth crying at these words of grace from the king. Not only will King David spare his life, but he restores all his fortunes, makes sure he and his family are provided for, and brings him into his own home to treat him as his son. This is AMAZING GRACE!! I hope you will read the entire account in 2 Samuel 9 and be stunned by this Old Testament portrayal of grace.

Do you see it? For those of us who have tasted the riches and blessings of Christ, we are the David to a Mephibosheth. All around us are broken and hurting children, single mom’s and dad’s, marriages that are fraying. We need to ask a similar question as David, who will we show kindness to for Jesus’s sake? Mephibosheth’s and his families lives were transformed by this ongoing act of grace from David.  From hiding, shame, and reproach to a son of the king and a place at his table. We as believers need to look around us and ask God to open our eyes to see. Who is that young man or woman struggling without a father? Who is that single mom just trying to keep afloat? Where is that marriage that is on the brink of failure?  Will we step in and open our hearts and doors to the hurting. We must be willing to enter into their lives and share ours. We are blessed to be a blessing.

The government or no other organization can solve this. It must be Christ’s people entering into the lives of the hurting and sharing Christ’s love and kindness with them. Pray and ask God to open your eyes within your social networks to reveal who you can show kindness and love to. You can be the conduit of God’s grace to the hurting and in the process you will be blessed. Don’t remain on the sidelines, lives are at stake.

Who will you show kindness to for Jesus’s sake?