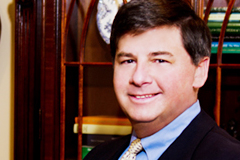 Mr. Boggus currently resides in Jasper, Georgia. He earned a Bachelor of Science degree in Management from the Georgia Institute of Technology and has over 26 years of banking and business experience.

Most recently he served as CEO and President of a community banking company with assets in excess of one billion dollars and 13 locations. During Mr. Boggus’ tenure, the company made a bank acquisition, two branch acquisitions and sold its wholesale mortgage operation. The company was recognized in the Atlanta Journal-Constitution list of the top 100 Georgia businesses in 2002 (4th), 2003 (60th), 2005 (27th), 2006 (26th), 2007 (68th) and 2008 (84th). In July 2006 the company was recognized at number 39 in the US Banker’s Top 200 Community Banks in the United States. Mr. Boggus was also recognized by the Atlanta Business Chronicle in its list of top performing CEOs in 2005 and 2007.

In addition to his experience as a bank CEO, Mr. Boggus has been an organizer and director of six de novo banks and participated in the sale of two of those institutions. He has also been involved in other start up companies handling real estate developments as well as commercial and residential rentals. Mr. Boggus joined CIB Partners in 2011.