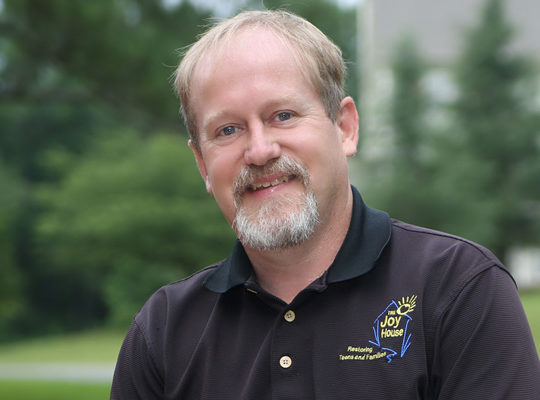 Steve Lowe is the Executive Director and one of the original co-founders of the Joy House ministry. Steve has lived in Pickens County all of his life and has worked with teenagers since the early 90’s with various ministries in the county. After seeing and ministering to broken families firsthand and taking into his own home a teenager from a broken family, he knew that something needed to be done.

Steve began to envision a ministry in Pickens County that would bring, in his own words, “Christ’s hope and healing to teens and their families and break the cycle of hurt for future generations, allowing them to understand God’s best for their life”. He had hopes for “a place where God would be recognized as real and relevant and people would give glory to Him for the great things He has done.”

After meeting several people with the same passion and desire to see God move in broken families across our area, Steve’s vision turned into reality, and the Joy House ministry was formed.

He has led the ministry since its inception in 2001 and is still excited about what God continues to do through the ministry and the lives he’s seen changed. He is grateful for an incredible staff that God calls to join him on this journey.

Steve and his wife Wendy enjoy sharing life together with their son and daughter. They’re also grateful to have their “adopted” son and his family living and working in Pickens County. Some of Steve’s hobbies are playing/coaching basketball, tennis, spending time in the Word of God, reading, and spending time with his family. He is a proud graduate of The Georgia Institute of Technology and holds a Bachelor’s degree in Electrical Engineering.